Enryu-ji temple uses the water sprung locally in Ono which is selected as one of the best 100 natural water sources in Japan for purification ceremony, “Misogi”. This cleanse your entire body, spirit and release from your burden.

The 70% of life comes from spiritual power of water. Misogi, the ritual purification is one of the Shinto practice using its mystic power of water which cleanses your impure mind and awake your good mind. Give thanks to the power of water and refine your sensitivity to respect for life! Enryu-ji hold the purification experience events regularly. Many guests from overseas have participated to this events. 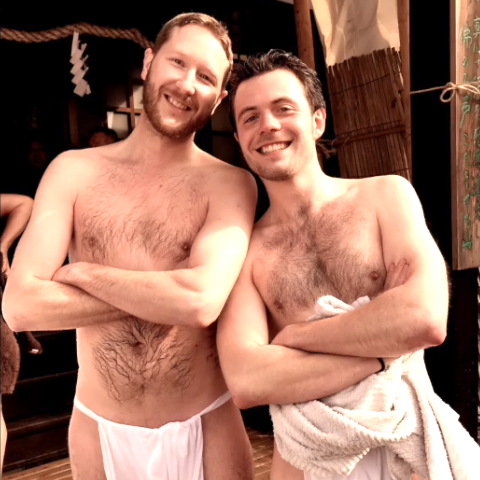 From long ago, there's a saying "Flush trouble in water", isn't it?

Same as that, I think it is good to have Misogi or Suigyo practice to become a new self and inspire yourself by flowing your dirty sins and longing of life with water. 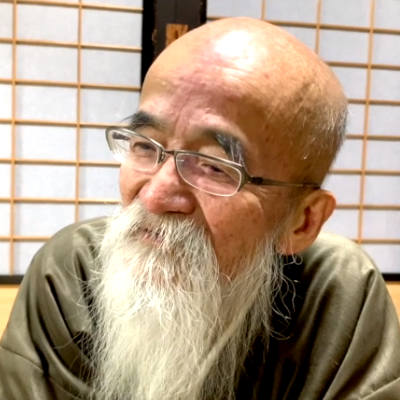 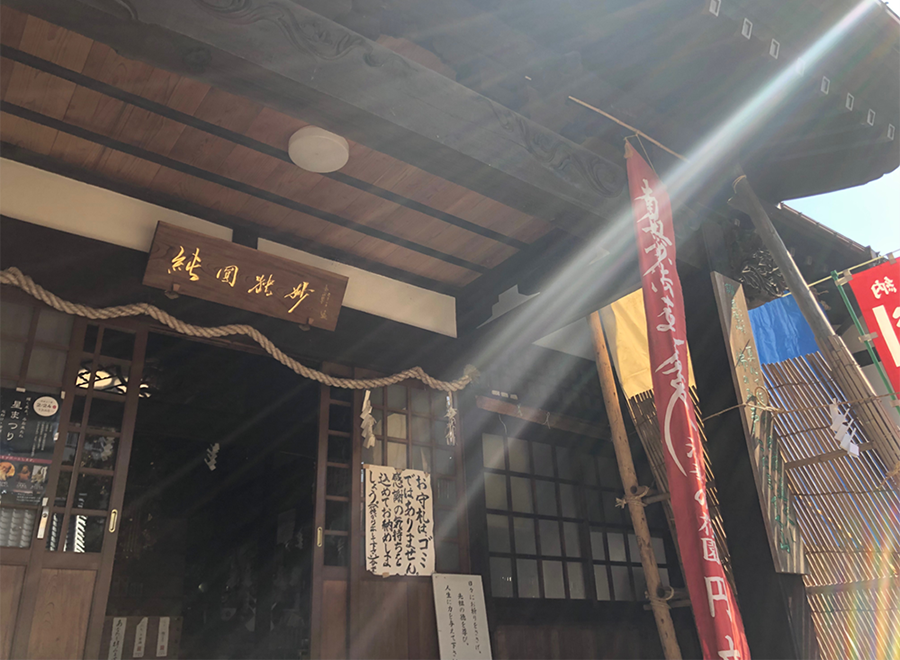 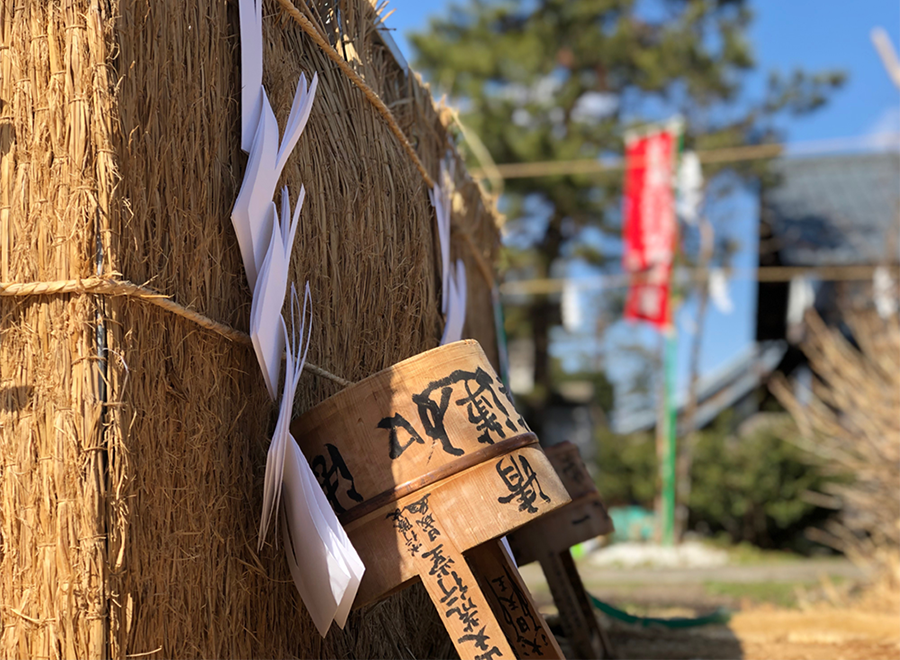 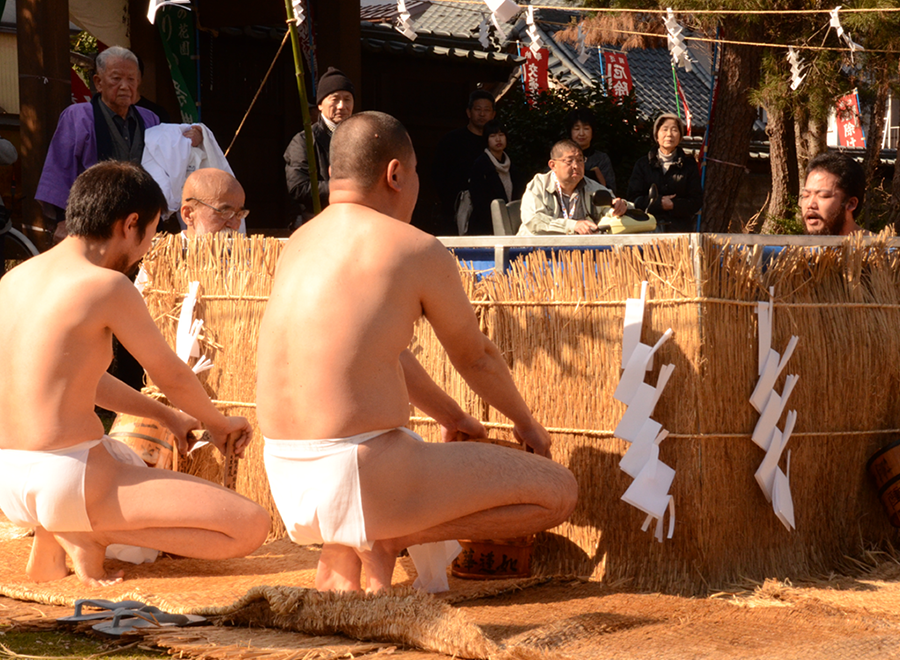 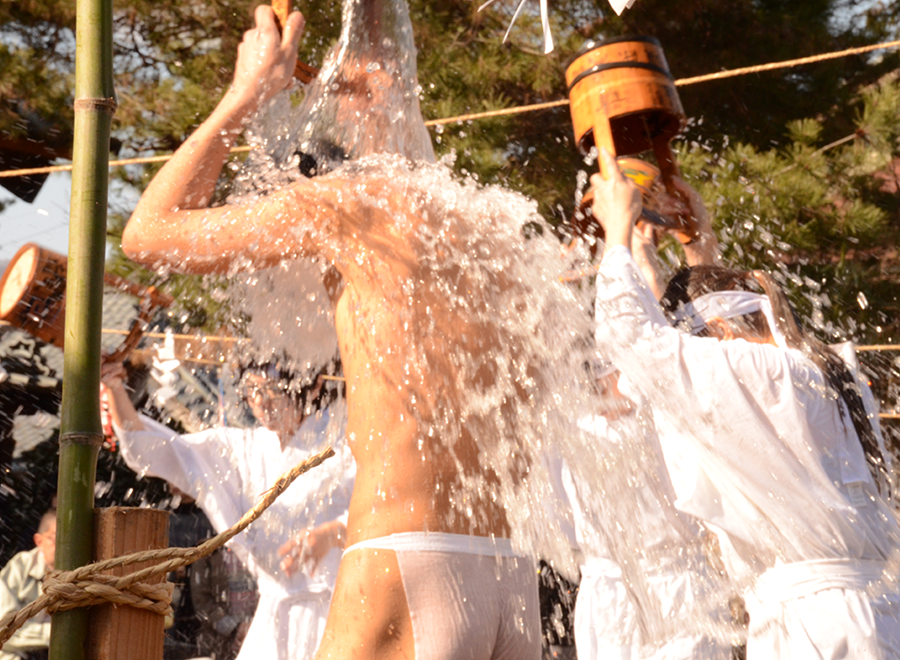 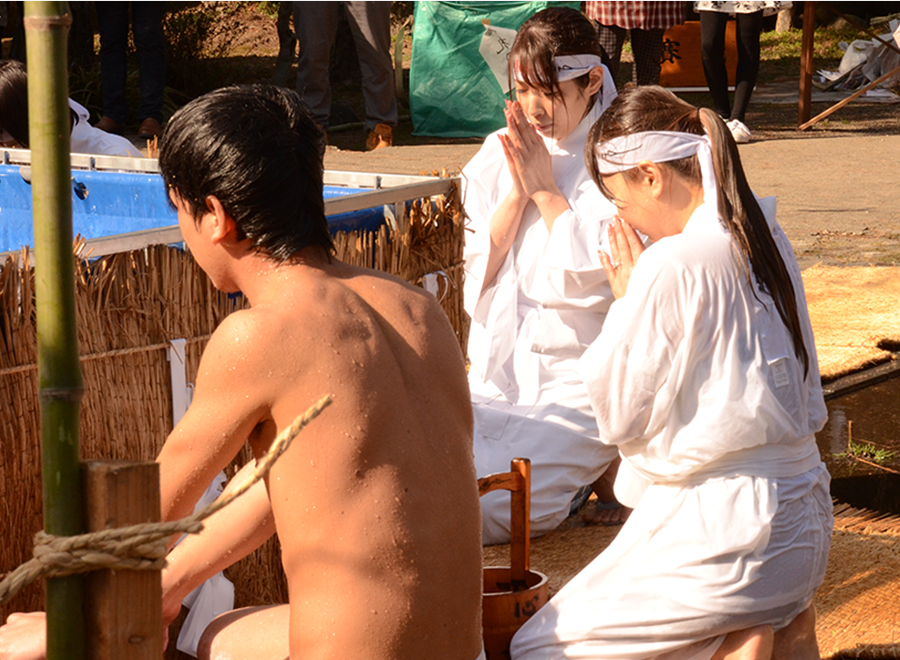 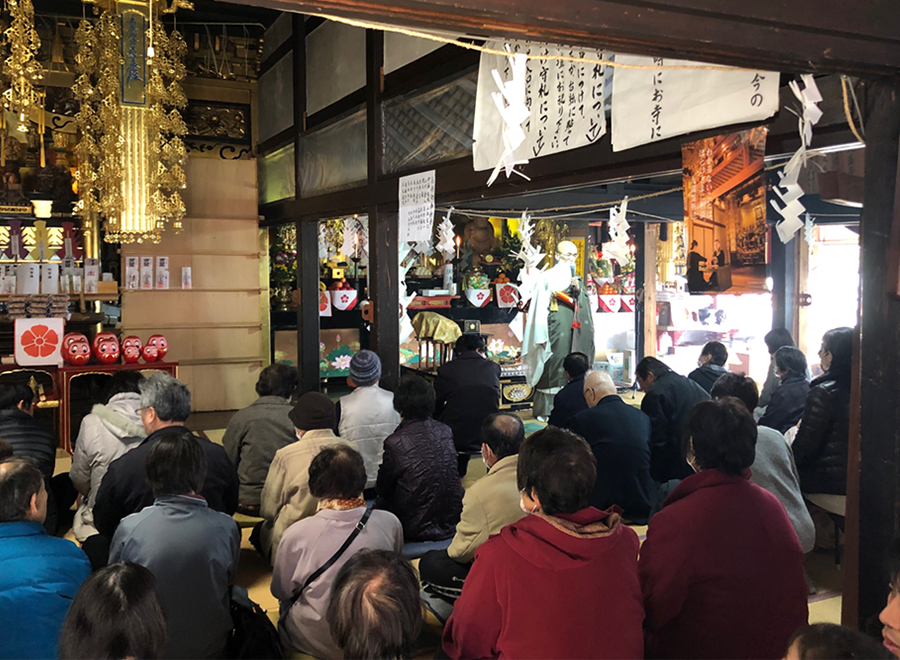 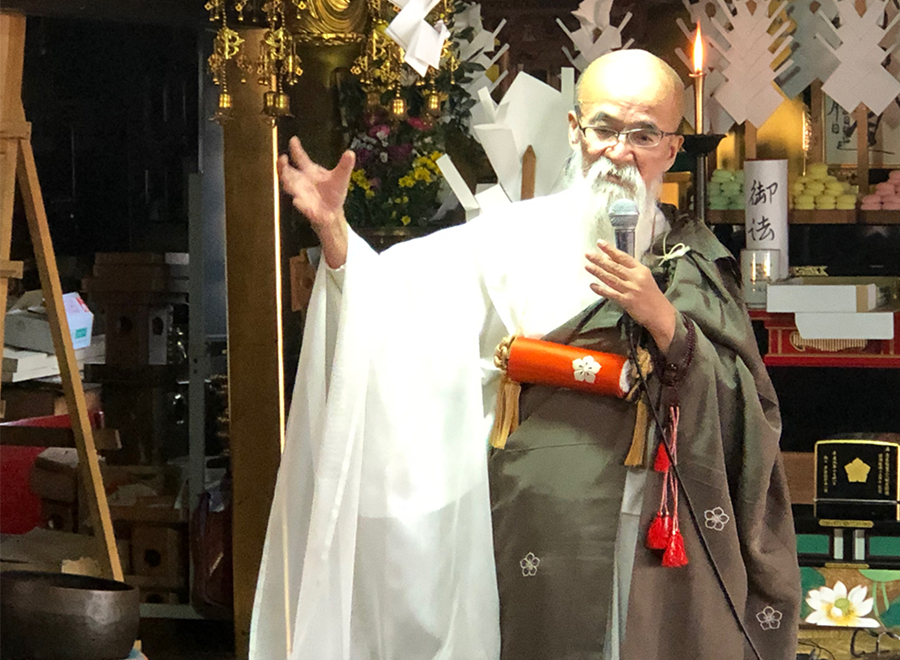 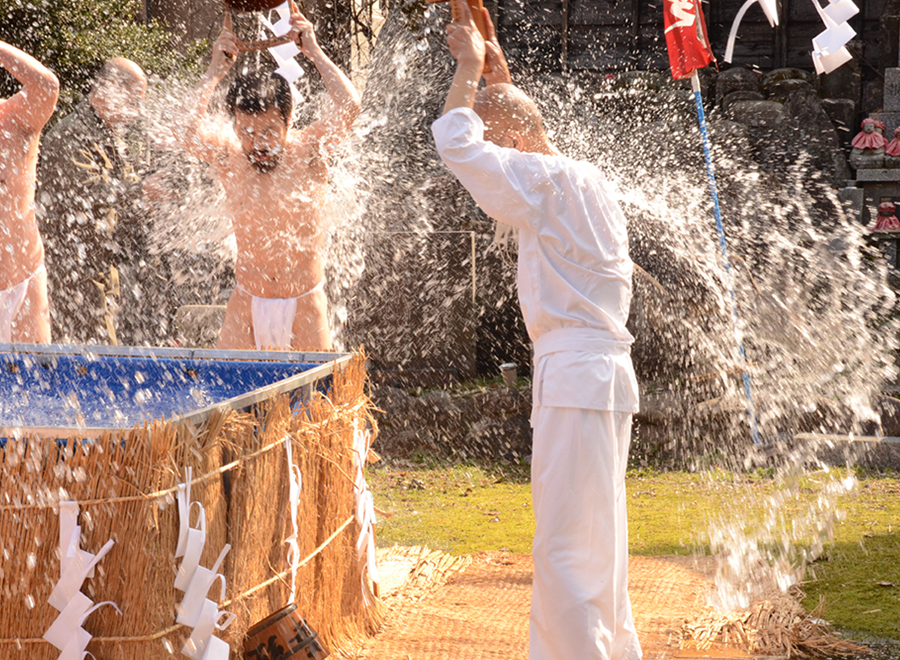 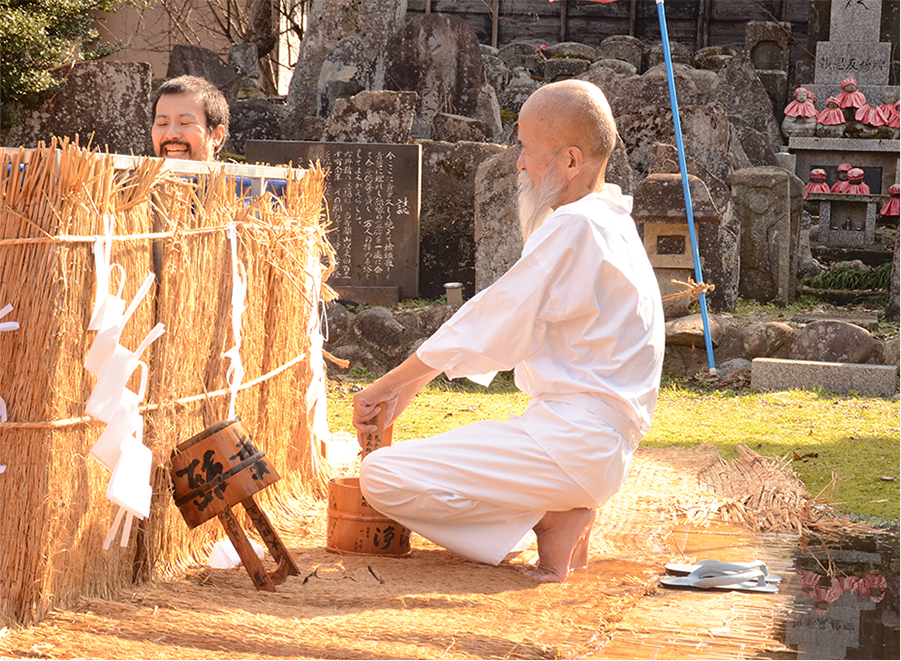 Founded in 1556. A historically rich temple of training

Ohno is a castle town created about 400 years ago by the warlord Kanamori Nagakuchi who served Oda Nobunaga. Ono Castle rises in the central hill, and the town of the board is still strong at the foot. It has been selected as one of the cityscape 100 selections and the beautiful Machinami Excellence Award, and the morning market, which opens daily in Shikanbori, lasts for over 400 years and is a specialty of Ono. The Teramachi Street is on the east end of such awaiting waiting end, and 16 temples are lined up in a row from north to south. Kodate Temple is one of them. We extend patriarchal activity as paternal and child third generation traditional connection, prayer hall. In the local area, speaking of Shiritsu-ji Temple, it is known as the temple of prayers, the temple of practice, and the temple of the water.

A hometown of closeness surrounded by beautiful nature

A small town with a population of around 35,000 located in the northeast of Fukui Prefecture, more than Gifu Prefecture. About 90% of the area is surrounded by beautiful mountains such as the forest, Mt. Arashima and Mt. Hakusan mountain range in Japan's Hundred Centennial Mountains, and it is encircled in the starry sky shining in Japan at night, and the spring waters of the famous Hundred Eminences are everywhere. It is a city that has been trapped in rich nature, such as being selected as one of the Water Towns Elections (National Land Agency). Because the water is beautiful, the food is also known as "Hokuriku's small Kyoto".